Why is Metabolic Analysis the Best Option to Determine the Energy Needs?

Resting metabolic rate (RMR) is the largest single component of total energy expenditure (TEE) and is typically defined as the energy required for vital body functions at rest. It can be determined either through predictive equations, which have been developed for varied populations over the years or through indirect calorimetry (IC).

IC is considered the gold standard for the measurement of RMR since energy expenditure is quantified (not estimated) by measuring respiratory gas exchange (oxygen consumed and carbon dioxide produced), occurring at the mouth through a face mask attached to the user. Nevertheless, it has been conventionally underused, mostly due to costs and lack of education or training. Hence, numerous formulae and equations have been developed to predict RMR. The most widely used formula is the metabolic equivalent (MET) while the most common and at the same time most accurate predictive equation is the Harris-Benedict.

The conventional definition of one MET is 3.5ml oxygen (O2) per kg body mass per minute (3.5ml. kg-1min-1) and is assumed to be approximately equal to 1 kcal. kg-1.h-1. Due to the fact that there is considerable variability in the RMR of adults, a standard value should not reasonably be used for adults of varying ages, sex and/or obesity status. Furthermore, the energy expenditure calculated as per kg of total body mass is overestimated by approximately 20%-30% in obese people, whose metabolically inactive larger amount of fat mass, produces a greater total body mass. Although fat mass contributes to RMR, the main metabolically active tissue is fat-free mass (FFM). While the MET may be a good method to classify intensities of activities, it significantly overestimates the RMR of approximately 10% for mean and almost 15% for women.

On the other hand, predictive equations used to estimate RMR are based on parameters such as weight, height, age, sex and some of them on specific markers such as FFM, fat mass and total body surface area. Most of these equations have been developed from data collected in normal-weight individuals of if they included persons of varying weights, they did not report a separate analysis for those subgroups. Nevertheless, it has been shown that even the most accurate among them, which is the one published by Harris and Benedict in 1919, overestimates RMR in healthy normal-weight individuals up to 15%, compared with RMR measured by IC. The error increases as the body mass index (BMI) increases so that in people with proportionately more adipose tissue, which is a large portion of our clients, the studies emphasize the need to employ IC for the determination of RMR.

Apart from that, predictive equations may use actual, ideal or adjusted weights which makes it difficult to establish the most adequate weight, especially for those who regularly exercise and have higher muscle mass. In such cases, an ideal body weight or an adjusted body weight used in a predictive equation may underestimate RMR, since muscle mass and not fat mass accounts for a larger total body mass.

Hence, in order to minimize the adverse effects of under or overestimation, it is highly advisable to determine energy needs of overweight/obese and people who engage regularly in exercise using IC. Indeed, recent advances in technology, namely the formulation of portable, more affordable and easier to operate metabolic analyzers such as PNOĒ, give users a scientifically based approach for customizing their energy needs and nutrient delivery to maximize the benefits of a nutrition and exercise regimen. 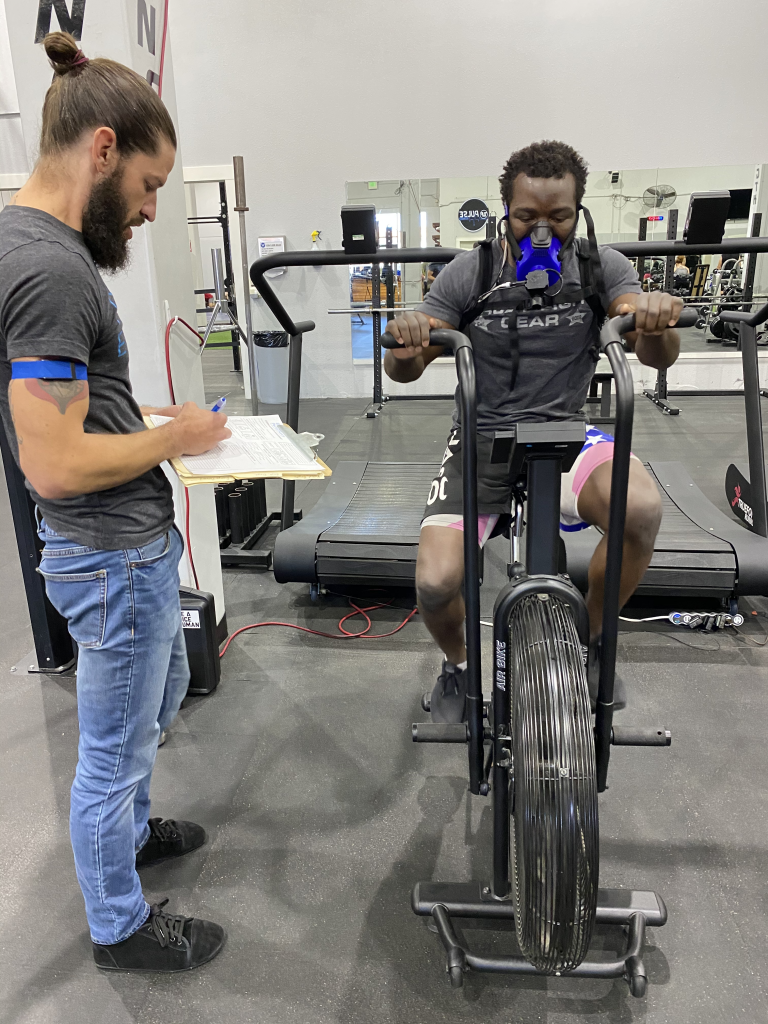